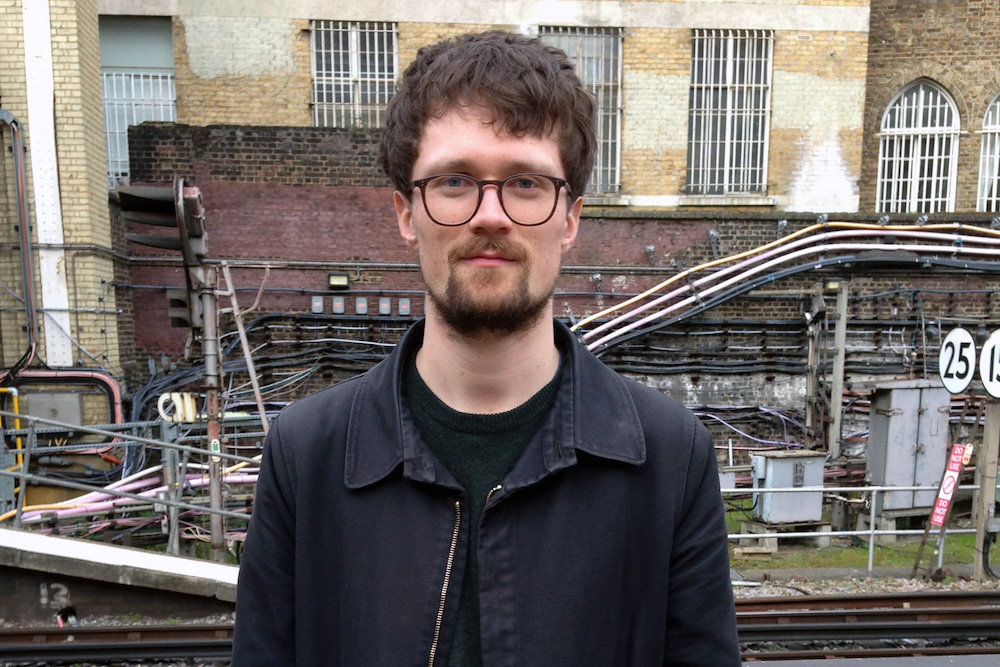 Andreas is an electric bass player, composer and developer. His work consists of both digital and physical environments, spaces, festivals, software or platforms for performers and listeners. The computer itself serves as a artistical, political, social or philosophical medium, dealing with computer culture, machine learning, platform politics and decentralized networks. He is founder of the berlin-based ensemble Serenus Zeitblom Oktett and member of AI UNIT, a network for machine learning based art projects, co-publisher of the self-curated magazine platform BLATT 3000, co-founder of the label Hyperdelia and the intermedial score platform Y-E-S. He studied art history, musicology, media philosophy and computer science in Berlin where he also lives and works. 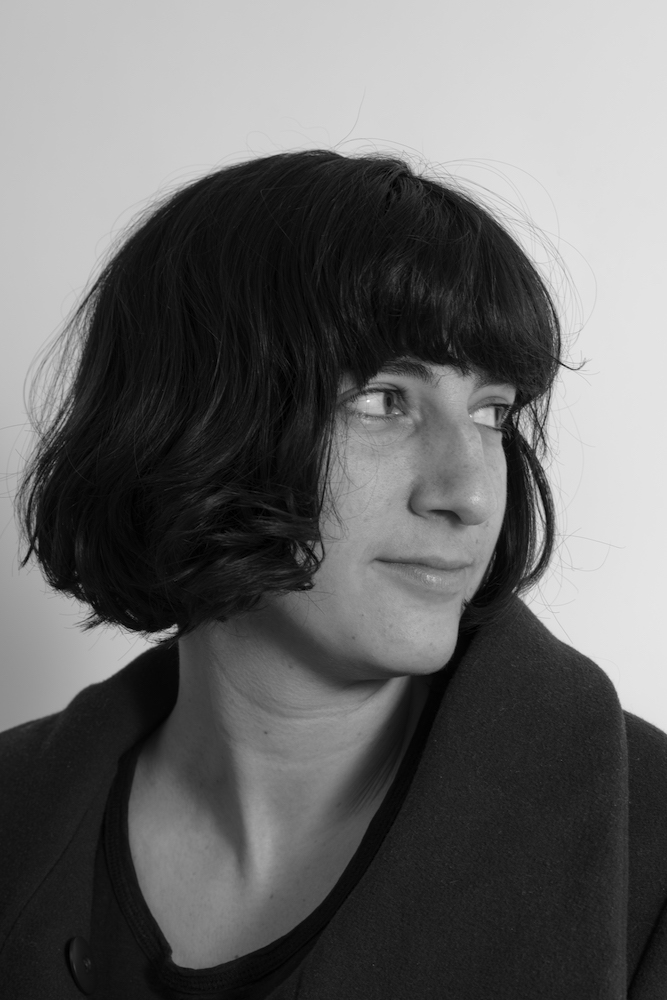 Based in Vienna, is a visual and performance artist and she mostly works with interventions in public space, performance, installation, video and drawing. Inspired by daily life situations her work is often process based. Many works are concerned with sleep and consciousness, private and public, fake and reality, and borders of legal and illegal. Recently she started researching the subject of sleep in general and the subject of lucid dreaming in particular. 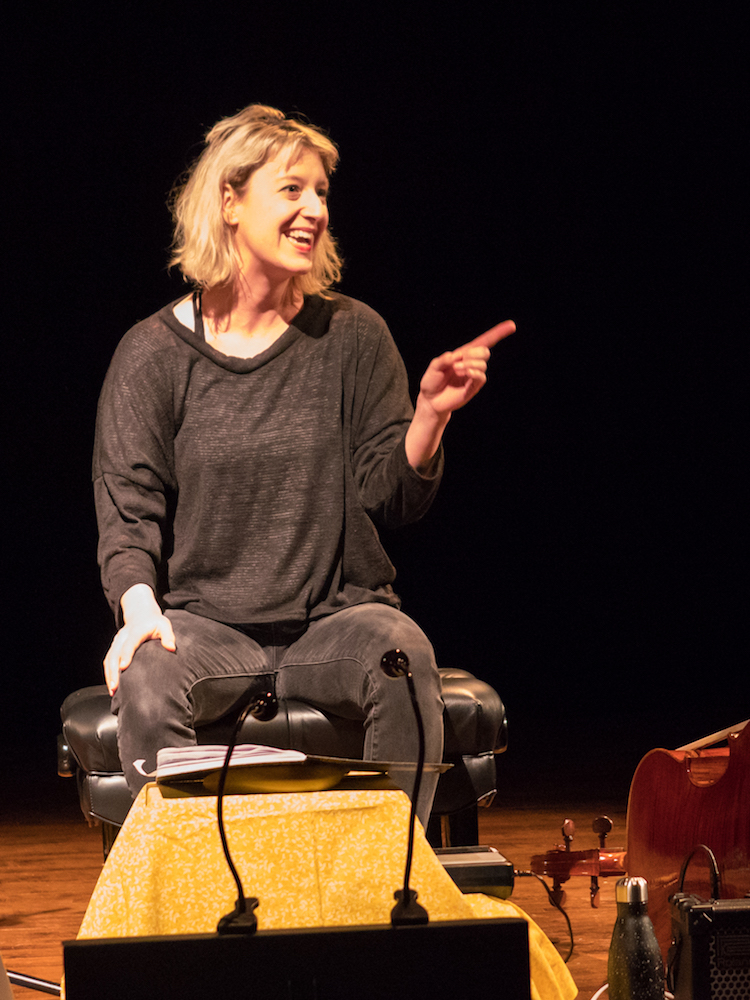 Jessie is a composer/performer/media artist from Long Island, New York. Her current work explores the virtuosity of common activities, ritualistic absurdity, and the archeology of recent media. Her pieces rigorously score out sound, physical movements, lighting and staging and place them within highly organized time structures and musical formats. 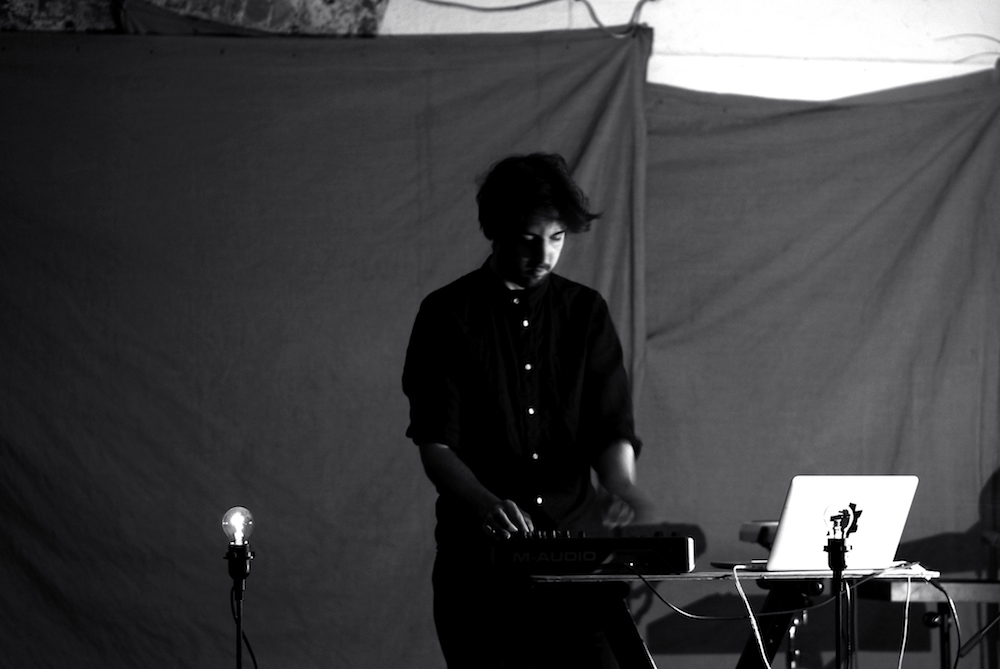 Kaj is a composer making music with computers, instruments, performers, light and video. Light as a musical material is an important aspect of his work and he is particularly focused on exploring the possibility of a point where interrelated visual and sonic materials become a single musical gestalt. Many of his pieces are written on commission from musicians and ensembles. He also works in music-theatre contexts and sometimes makes music for dance. His pieces are regularly presented at international festivals for new music. Whilst completing degrees in sound art, electronic music and scenic composition at Goldsmiths in London, DIEM (the Danish Institute for Electronic Music) in Aarhus, and the Hochschule für Musik in Dresden he studied with, among others, Simon Steen-Andersen and Manos Tsangaris. 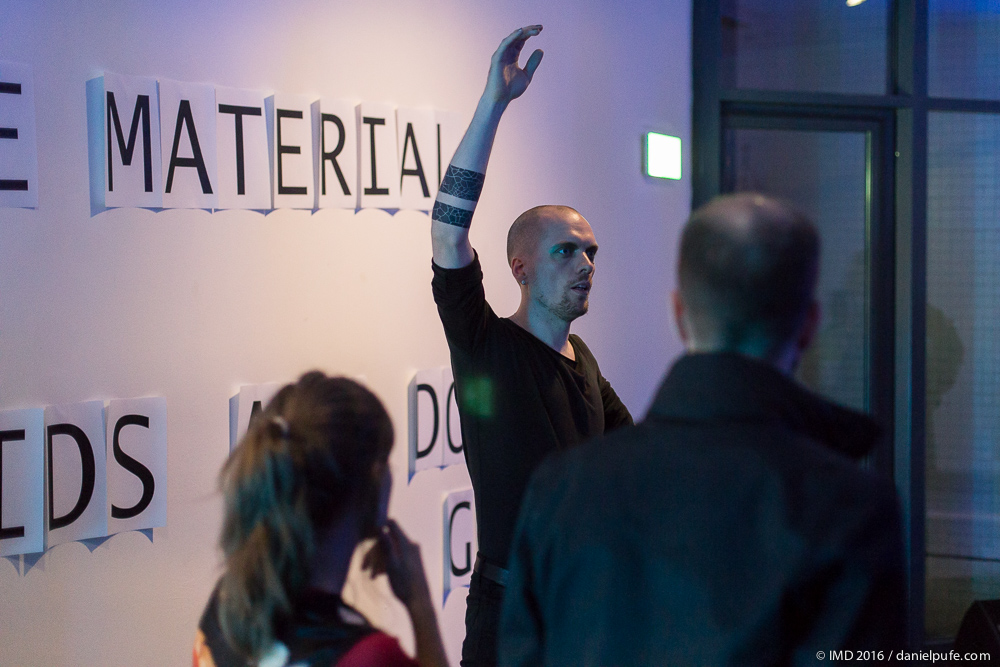 Laure M. Hiendl is a composer and performer, working between concert music, performance, music theater, installation and other interdisciplinary realms, exploring the performativity of the space-time-body relationship in music as a live act—as a shared space in time between bodies for an event that is inherently theatrical. His works have been performed by ensembles and performers from the Zafraan Ensemble (Berlin), Kammerensemble Neue Musik (Berlin), International Contemporary Ensemble (New York), JACK Quartet (New York), and others. The opera installation PARADISE was premiered at musikprotokoll / steirischer herbst 2016. Since 2015 he is pursuing a doctorate at Columbia University in New York with George E. Lewis. 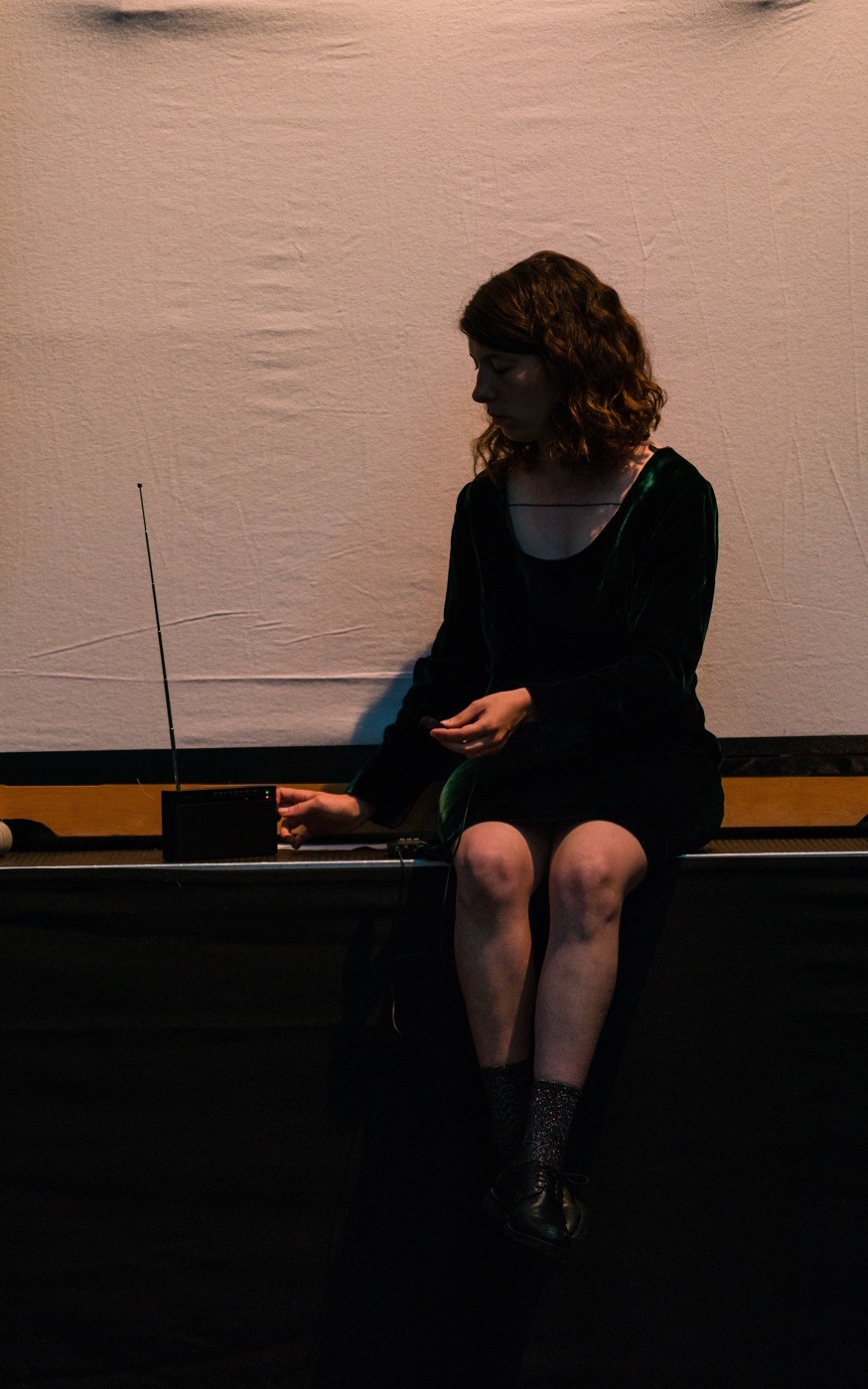 Madison Greenstone is a contra/bass/clarinetist, improviser, and writer currently based in San Diego, California. Madison has been seen and/or heard performing in abandoned grain silos in Buffalo, deregulated spaces in Berlin, the Vigeland Mausoleum in Oslo, an underground bunker in Helsinki, the Royaumont Abbey in France, in front of a kelp tank in San Diego, in a granite quarry in Manitoga, in an art gallery’s darkened projection room, in art spaces at Harvard, and at the Darmstadt Ferienkurse für Neue Musik, among other locales. She maintains collaborative practices, for example, with Michelle Lou under the guise of Shy Bather, Bryan Jacobs with whom she is developing an improvisation practice using mechanical instruments, and a cellist close to home with whom she forms one half of kraam. As a writer Madison has contributed to Tempo (Cambridge University Press). Upcoming projects include a solo album featuring her own improvisations and compositions to be released in 2018 on Kendra Steiner Editions. Madison is currently a DMA student at UCSD with Anthony Burr, where has assisted in teaching courses ranging from 16th century counterpoint, to Baroque and 19th century harmony, formal analysis for composers, to J-Pop. 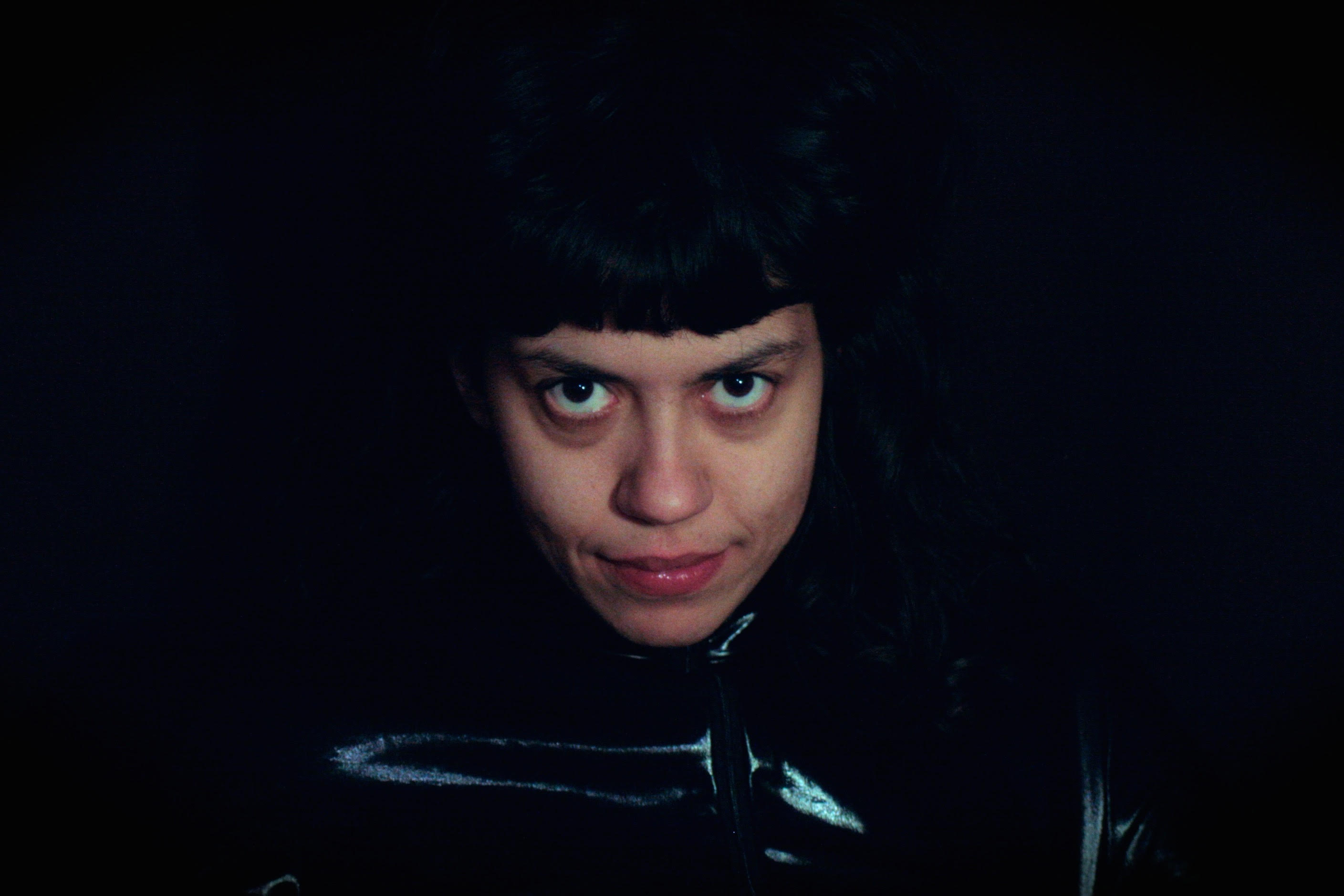 Marcela can already be hailed as one of the most innovative vocalists and composers of her generation. Born in Brazil and based in Denmark, Marcela has earned international recognition for her extremely original, sensuous and politically charged performance works. Her pieces have been performed by elite groups such as the Danish National Vocal Ensemble, together with some of the most edgy ensembles and music collectives in the world, such as Apartment House (UK), Bastard Assignments (UK), Hidden Mother (SE), Mocrep (US) and The Riot Ensemble (UK). Her work has been premiered at diverse festivals and international events such as Donaueschinger Musiktage, Darmstadt Internationale Ferienkurse für Neue Musik, KLANG - Copenhagen Avantgarde Music Festival, Nordic Music Days, Copenhagen Jazz Festival, FILE, WOMEX, among other events worldwide. Her critically acclaimed first album PHEW! - The Last Guide for a Western Obituary shows her notorious vocal skills and conceptual irony synthesized in groundbreaking contrasts and unclassifiable grooves. 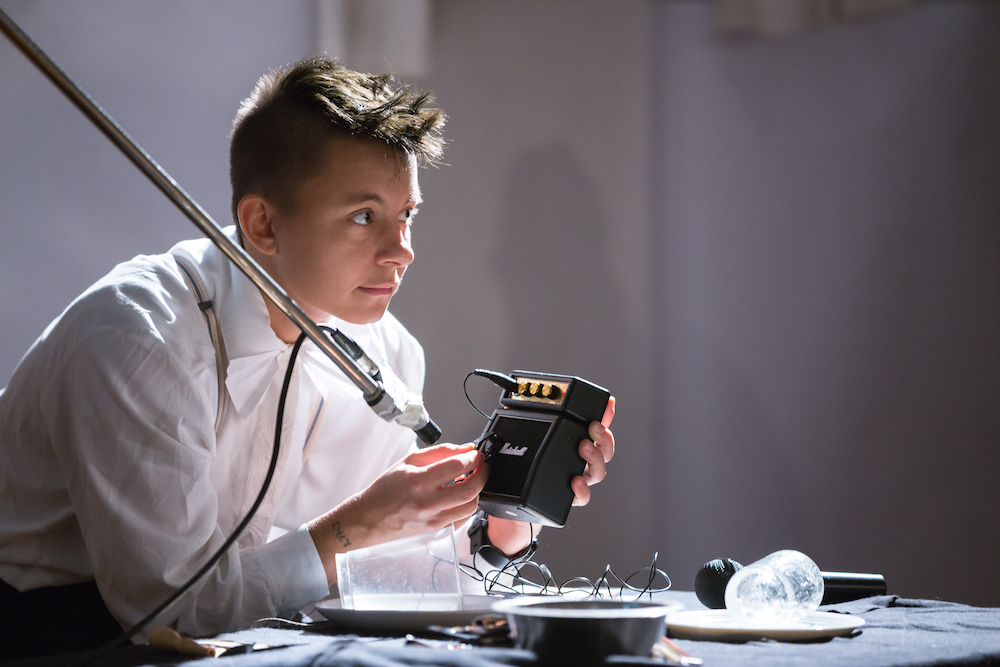 Neo is a composer performer whose work focuses on music as anthropological research in everyday life environments. Their compositions evolve as situations, performance-installations, actions and interventions, and work with different kinds of public spaces. They studied composition with Dieter Mack and Harald Muenz at Musikhochschule Lübeck, and with Manos Tsangaris and Franz Martin Olbrisch at Hochschule für Musik Carl Maria von Weber Dresden. They graduated with a Masters degree in 2013. In 2014 they have been a fellow of the Junge Akademie at the Akademie der Künste Berlin. Neo Hülcker founded the youtube channel feminist ASMR (in collaboration with Stellan Veloce and Katie Lee Dunbar), as well as the channel ASMR studio berlin (in collaboration with mam.manufaktur für aktuelle Musik). 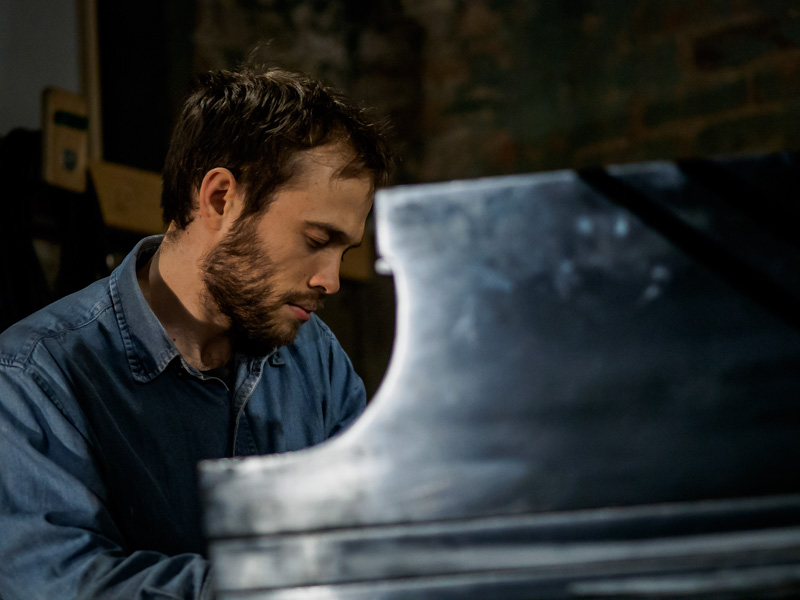 Sam is a composer, pianist and multimedia artist whose work spans a wide range of musical idioms. As a pianist he has collaborated closely with composers as an interpreter of new works, and with improvisers in contexts where the boundaries between composed and improvised music are porous and easily traversed. Yulsman has performed and recorded in the United States and Europe, with recent and performances of new works including the premieres of Kenji Sakai’s Fanfare Towards the Dusk at the Music From Japan Festival 2017, and Chris Pitsiokos’ Working from Postcards is Good Enough If You Are Francis Picabia at Art for Art’s 2017 festival, Justice is Compassion/Not a Police State. As a composer, Yulsman’s work has been performed by ensembles including Ensemble Korea, the New York New Music Ensemble, Rage Thormbones, JACK Quartet, Wet Ink Ensemble and Mivos Quartet. His work has been performed at Ostrava Days (2017), the Pacific Rim Music Festival (2017), the 2016 Wet Ink Large Ensemble Readings, and the Columbia Composers and Columbia Sound Arts Electroacoustic Concert (2015 and 2017). 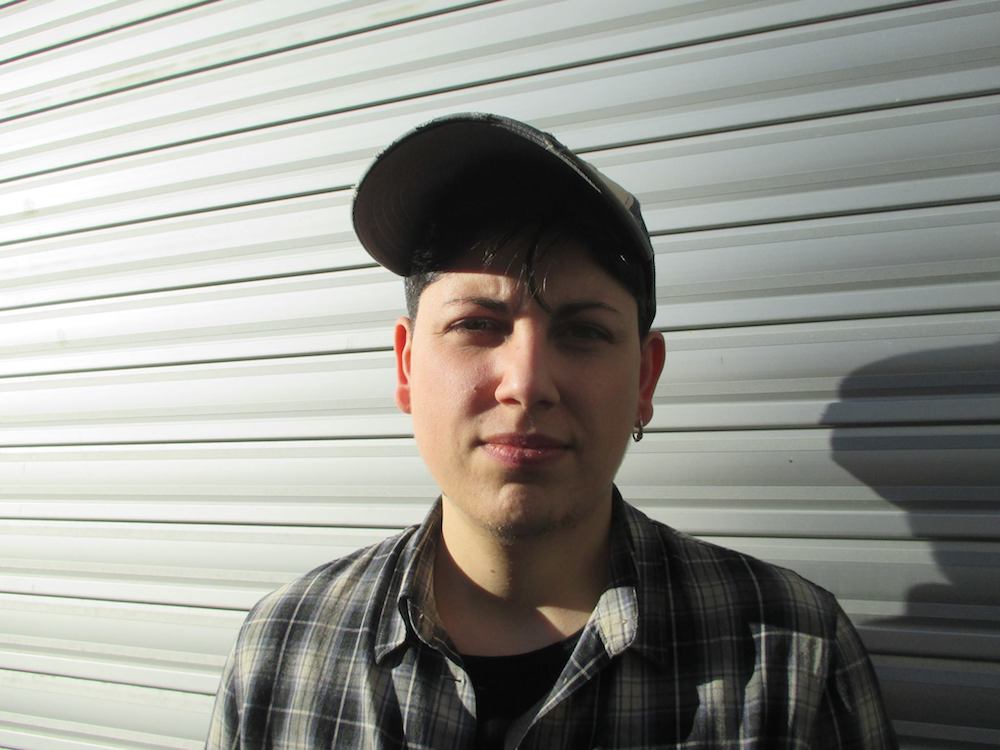 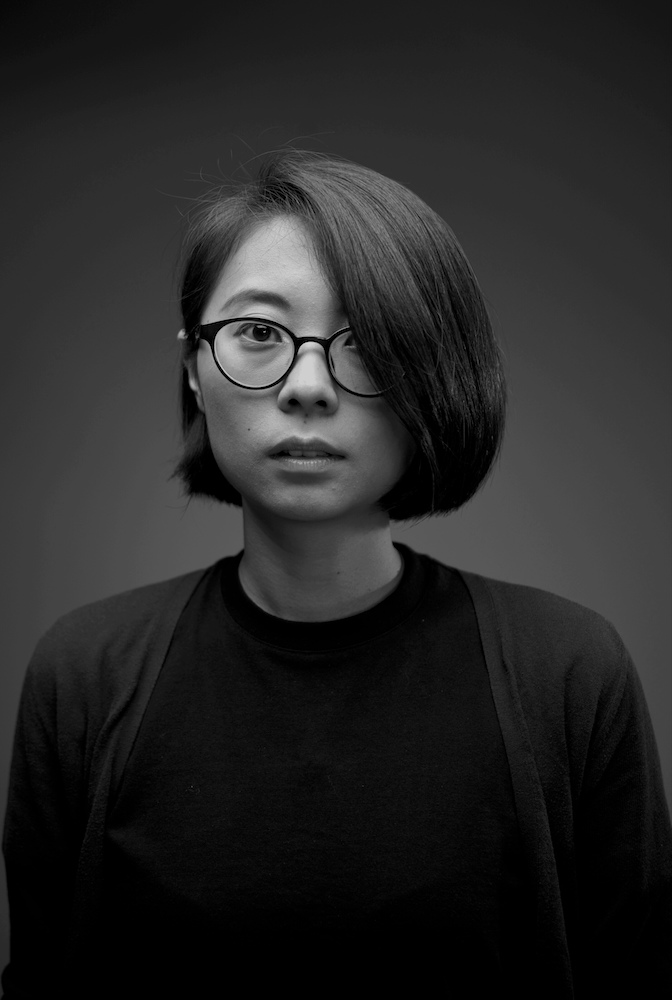 Yiran is a composer, performer, sound and visual artist living and working in Europe. She is supported by the Ernst von Siemens Stiftung as composer-in-residence and concert curator for the Forum of Younger Composers 2016 at the Bavarian Academy of Arts. She is recipient of the State Stipend China 2010, the Deutschlandstipendium 2013/14, Stipend of the Hochschule für Musik Basel 2014, and Akademie der Künste Berlin 2017; Prizewinner of the Ensemble Recherche Composition Competition 2008, Con Tempo Young Chamber Music Competition China 2009, “Yanhuang” Composition Competition China 2010 and the Karlsruhe Composition Competition 2015. in 2017. Her works focus on various modes of expression incorporating both musical and performative elements, lighting, visual arts, and other media.